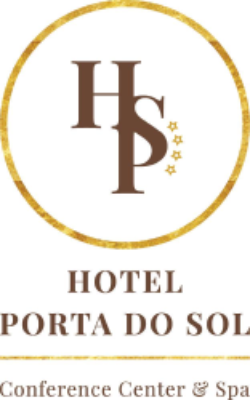 
Considered one of the leading hotel resorts on the Minho Coast, The Hotel Porta do Sol is an exclusive 4 Star resort, featuring 106 rooms, 7 suites and its own in-house luxury Spa.

As with the Hospitality Industry as a whole, The Hotel Porta do Sol has faced many challenges during the 2020 COVID19 pandemic. Although restricted trading and periods of lockdown have placed the hotel under significant pressure, concerns for customer and staff safety were at the top of their agenda, especially within their luxury Spa facilities.

The Hotel’s Director General Dr. Gonçalo Nunes had become aware of the Airius PureAir system following a referral from a colleague and invited Airius to visit the hotel to discuss their application. After carrying out a detailed survey of the Spa facility a series of PureAir units were specified for installation surrounding the pool area, positioned to achieve maximum coverage without causing any draught issues.

The effect of Airius PureAir Home Series may be invisible, but the results are unmissable:

By using the time during lockdown to install purification systems, the Hotel’s Candle Spa is now ready to reopen its doors to guests, reassured in the confidence that occupants are protected from COVID19, as well as 99% of other communicable diseases. The system also reduces staff sickness absenteeism, whilst the increased airflow dries wet floors rapidly and eliminates damp, condensation and mould problems.

“In order to increase the safety and comfort of our guests, the Hotel Porta do Sol Conference Center & SPA selected Airius PureAir technology for installation in our Candle SPA in the summer of 2020.

Highly recommended by several international institutions, the technology has allowed the reinforcement of protection measures and raised the level of confidence and well-being felt by our guests.”

How does the PureAir Series PHI Cell kill bacteria and viruses in the air and on surfaces?

The PureAir PhotoHydroIonisation (PHI) Cell is a kind of UV light that emits advanced oxidation plasma. Included as part of a fan system, the PHI cell distributes hydro-peroxides, superoxide ions and hydroxide ions throughout the space, neutralising 99% of micro-organisms in the air and on surfaces.

PHI cells produce a group of oxidants known as hydroperoxides. Far from new to our world, hydroperoxides have been around for 3.5 billion years – and today they are commonly used in food processing environments, where they offer an anti-microbial treatment without leaving chemical residues.

Choosing an Airius PureAir Series system is a simple, cost effective way to reduce bacteria, viruses and odours in your environment.

Tested and Approved by Leading Agencies

Multiple studies have been conducted on Airius PureAir Series PHI Cell technology and they are widely approved for use to control airborne and surface-based bacteria, viruses, smoke and odours.

Testing carried out by:

Airius fans are commonly used to purify air and balance temperatures for both heating and cooling applications in a wide variety of environments – from homes to warehouses.

Adding an Airius PureAir Series air purification, infection and odour control ventilation fan is a simple way to continually clean the air, creating a safer and healthier environment for your facility.