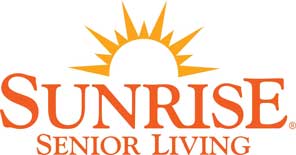 
Eden Gardens is a senior living community specialising in Alzheimer’s assisted living. The community is a part of Sunrise Senior Living's family of senior care communities.

Eden Gardens was struggling to maintain a fresh and healthy environment in their assisted living community.

In particular, their Alzheimer’s unit was losing an average of three residents per month due to dissatisfaction over the air quality or illness, such as pneumonia. This represented a £60,500 loss, or more than 100% annual turnover in residents each year.

The PureAir Series from Airius is a brilliantly simple system.

By adding air purification cells to our patented destratification fans, our customers can reduce airborne contaminants and also bacteria and viruses on surfaces. The fans also eliminate many volatile organic compounds, which creates a fresh-smelling environment without the need for chemical cover-ups.

Eden Gardens were delighted at the results the PureAir delivered:

How does the PureAir Series PHI Cell kill bacteria and viruses in the air and on surfaces?

The PureAir PhotoHydroIonisation (PHI) Cell is a kind of UV light that emits advanced oxidation plasma. Included as part of a fan system, the PHI cell distributes hydro-peroxides, superoxide ions and hydroxide
ions throughout the space, neutralising 99% of micro-organisms in the air and on surfaces.

PHI cells produce a group of oxidants known as hydroperoxides. Far from new to our world, hydroperoxides have been around for 3.5 billion years – and today they are commonly used in food processing environments, where they offer an anti-microbial treatment without leaving chemical residues.

Choosing an Airius PureAir Series destratification fan is a simple way to
reduce bacteria, viruses and odours in your environment.

Tested and Approved by Leading Agencies

Multiple studies have been conducted on Airius PureAir Series PHI Cell technology and they are widely approved for use to control airborne and surface-based bacteria, viruses, smoke and odours.

Testing carried out by:

Airius fans are commonly used to balance temperatures in a wide variety of environments – from care homes to warehouses.

Adding an Airius PureAir Series destratification fan is a simple way to continually clean the air, creating a safer and healthier environment for your residents, colleagues and visitors..